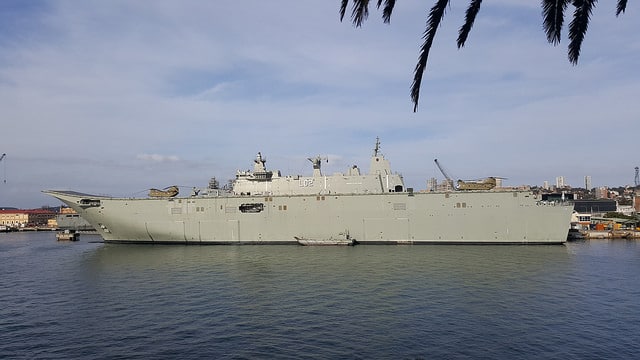 HMAS Canberra and HMAS Adelaide are Australia’s most recently commissioned warships and the largest vessels ever operated by the Royal Australian Navy. The angular and vertical test hooks were delivered to BAE Systems Australia for final fit out of the ships.

The Spanish designed vessels were selected in 2007, with Spanish Company Navantia responsible for construction of the ships from the keel to the flight deck and BAE Systems handling the fabrication of the superstructure and fitting.

Tie hooks are used for tying aircraft to the deck and holding them in place when testing.

For more information or to request a quote, call 1300 884 145 or email us at mail@teccontainer.com.au today!

Feature image HMAS Canberra by MD111 is licensed under CC BY